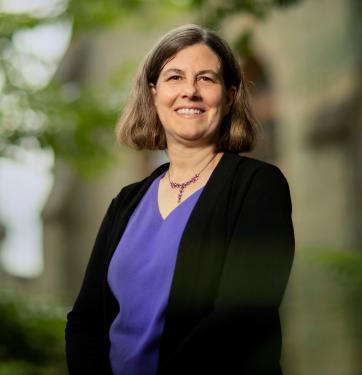 Vice Provost for Education
Phone: 215.898.7225
Professor of Philosophy, School of Arts and Sciences

Karen Detlefsen began her tenure as Vice Provost for Education on July 1, 2021.

Prof. Detlefsen is Professor of Philosophy in the School of Arts and Sciences and Affiliated Faculty of the Alice Paul Center for Research on Gender, Sexuality, and Women, with a secondary appointment in the Graduate School of Education. At Penn, she has served as Director of the Integrated Studies Program; Founding Director of Penn’s Project for Philosophy for the Young, which advances philosophy education for K-12 students across the Philadelphia region; Chair of the Committee on Undergraduate Education in the College of Arts and Sciences; Faculty Advisory Board member of the Netter Center for Community Partnerships; and Co-Chair of the University Advisory Council to the Teachers Institute of Philadelphia.