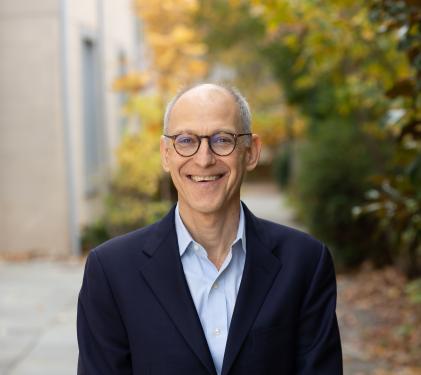 An oncologist and world leader in health policy and bioethics, he is a Special Advisor to the Director General of the World Health Organization, Senior Fellow at the Center for American Progress, and member of the Council on Foreign Relations. He was the founding chair of the Department of Bioethics at the National Institutes of Health and held that position until August 2011. From 2009 to 2011, he served as a Special Advisor on Health Policy to the Director of the Office of Management and Budget and National Economic Council. In this role, he was instrumental in drafting the Affordable Care Act. Emanuel also served on the Biden-Harris Transition COVID Advisory Board.

Dr. Emanuel is the most widely cited bioethicist in history. He has over 350 publications and has authored or edited 15 books. His recent publications include Which Country Has the World’s Best Health Care (2020), Prescription for the Future (2017), Reinventing American Health Care: How the Affordable Care Act Will Improve our Terribly Complex, Blatantly Unjust, Outrageously Expensive, Grossly Inefficient, Error Prone System (2014) and Brothers Emanuel: A Memoir of an American Family (2013). In 2008, he published Healthcare, Guaranteed: A Simple, Secure Solution for America, which included his own recommendations for health care reform.

Dr. Emanuel regularly contributes to The New York Times, The Washington Post, The Wall Street Journal, and The Atlantic and often appears on BBC, NPR, CNN, MSNBC and other media outlets.

He has received numerous awards, including election to the Institute of Medicine (IOM) of the National Academy of Science and awards from the American Academy of Arts and Sciences, the Association of American Physicians, and the Royal College of Medicine (UK). He has been named a Dan David Prize Laureate in Bioethics and is a recipient of the AMA-Burroughs Wellcome Leadership Award, the Public Service Award from the American Society of Clinical Oncology, the Lifetime Achievement Award from the American Society of Bioethics and Humanities, the Robert Wood Johnson Foundation David E. Rogers Award, the President's Medal for Social Justice from Roosevelt University, and the John Mendelsohn Award from the MD Anderson Cancer Center, as well as honorary degrees from Icahn School of Medicine at Mount Sinai, Union Graduate College, the Medical College of Wisconsin, and Macalester College.

Dr. Emanuel is a graduate of Amherst College. He holds a M.Sc. from Oxford University in Biochemistry and received ab M.D. from Harvard Medical School and a Ph.D. in political philosophy from Harvard University.