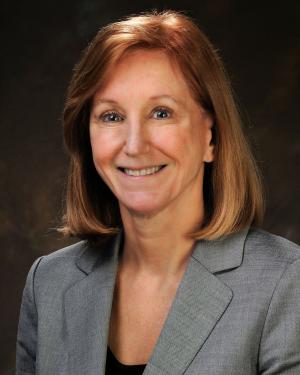 Dawn Bonnell is a widely recognized leader in nanotechnology research who has taught at Penn since 1988, following two years at the IBM Thomas Watson Research Center. In 2004, she became the founding director of the Nano/Bio Interface Center –- created through an initial $11.4 million grant from the National Science Foundation -– which brings together researchers from across Penn’s schools to study the intersections of technology and biology at the molecular level. The Center partners with universities around the world to advance path-breaking nanotechnology research, as well as with the School District of Philadelphia to introduce nanotechnology to students and increase scientific literacy in the local community.

An editor of seven books and an author of more than 200 papers, Bonnell was elected to the National Academy of Engineering, one of the highest honors in her field; is one of only seven awardees of the Staudinger-Durrer Medal from the Swiss Federal Institute of Technology; and has served as president of the American Vacuum Society and vice president of the American Ceramic Society. Her work has been recognized with a Presidential Young Investigator Award from the National Science Foundation, the Robert B. Sosman Award and the Ross Coffin Purdy Award from the American Ceramic Society, the Distinguished Alumni Award from the University of Michigan and numerous other awards and prestigious national and international lectureships.

Bonnell’s research focuses on the properties of surfaces, especially at the atomic scale, with wide implications for understanding the behavior of devices ranging from biosensors to solar cells to computer processors. This work includes the first imaging of atoms on oxide surfaces and new methods of harvesting the energy of light, innovating hybrid nanostructures and inventing new probes that reveal the behavior of small structures. She earned a Ph.D., M.S. and B.S.E. in materials science and engineering from the University of Michigan and studied on a Fulbright Scholarship at the Max Planck Institute in Stuttgart, Germany.