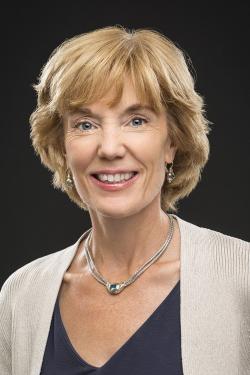 Laura Perna is an expert in college access, affordability, and success, especially for low-income, first-generation, and non-traditional students. Her pioneering research examines the ways that social structures, educational practices, and public policies promote and limit college access and success, particularly for groups that continue to be underrepresented in higher education. The co-founder of Penn GSE’s Alliance for Higher Education and Democracy (Penn AHEAD), she has testified before Congress, advised university leaders and policy makers, and served as President of the Association for the Study of Higher Education. Her research has been featured in the New York Times, Wall Street Journal, Washington Post, Philadelphia Inquirer, Atlantic, Education Week, and Huffington Post, as well as on National Public Radio programs and Huffington Post Live, and she has offered recommendations based on her research to federal policymakers through invited testimony to US Senate and US House of Representatives committees.

Currently GSE Centennial Presidential Professor of Education, she has also been chair of Penn’s Faculty Senate, chair of the Higher Education Division of the Graduate School of Education, faculty fellow of the Institute for Urban Research, faculty affiliate of the Penn Wharton Public Policy Initiative, and member of the advisory board for the Netter Center for Community Partnerships. She has held leadership positions in the primary national scholarly associations in the field of higher education administration, including President of the Association for the Study of Higher Education from 2014 to 2015 and Vice President of the American Educational Research Association’s Division J (Postsecondary Education) from 2010 to 2013.

Among other honors, Prof. Perna was elected in 2019 to the National Academy of Education and has received the Christian R. and Mary F. Lindback Foundation Award for Distinguished Teaching from the University of Pennsylvania, the Early Career Achievement Award from ASHE, the Excellence in Public Policy in Higher Education Award from ASHE’s Council on Public Policy and Higher Education, the Dr. Constance Clayton Education Award from the Philadelphia College Prep Roundtable, and the Robert P. Huff Golden Quill Award from the National Association of Student Financial Aid Administrators.